Aa
Transfer�ncias
0
0
Tweet
$.-
ANTIGUA & BARBUDA Nothing new impacting on press freedom since the last report. BARBADOS There have been no legal issues, press freedom violations or crimes against journalists. GRENADA There have been no attacks on freedom of expression. There are ten active radio stations and at least four other licenses have been issued. There are also three free over-the-air television stations and one cable system. There are three weekly, one twice weekly and one monthly newspaper. All entities are free to publish without constraint or restraint and all carry items which are uncomplimentary to the Government (including the radio/television station which was formerly government-owned and in which it retained 40% shareholding after privatization) and one of the three main weekly papers can reasonably be described as an opposition paper. Started largely on the urging of the media, the Government now holds weekly ministerial press conferences in which members of the media are free to ask any questions they wish concerning the relevant ministry. GUYANA The government has circulated for comment and discussion a draft Broadcasting Bill which seeks to set up a Broadcasting Authority which will issue licenses to stations and generally supervise their operations. That Bill is at the moment the subject of public debate. The media as a whole continue to operate freely and without governmental interference. JAMAICA In July 2003 the U.K. Privy Council upheld a Jamaican Appeal Court decision for the award of J$35,000,000.00 (US$750,000.00) for libel against the Gleaner Company Limited. The Jamaican Supreme Court also in this year awarded J$20,000,000.00 against CVM, a Jamaican television station. An appeal has been lodged in the Jamaican Appeal Court against this J$20 million award. The Gleaner libel case has been in the court system since 1988, with the first award being made in 1996. The Privy Council's decision therefore included interest from 1996, so it amounted to over J$50,000,000.00 plus legal costs. (Costs were also awarded against the media organization in both instances.) The Jamaican Government has passed an Anti-Corruption Act and was scheduled to pass an Access to Information Act (AIA). Passage of the latter has been postponed twice. The passage of the relevant Regulations to accompany the Act is the cause of the delay. The AIA will be implemented on a phased basis with the expectation that full implementation will be completed by August 2004. 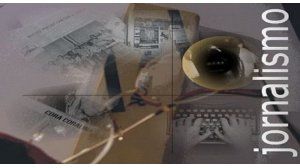